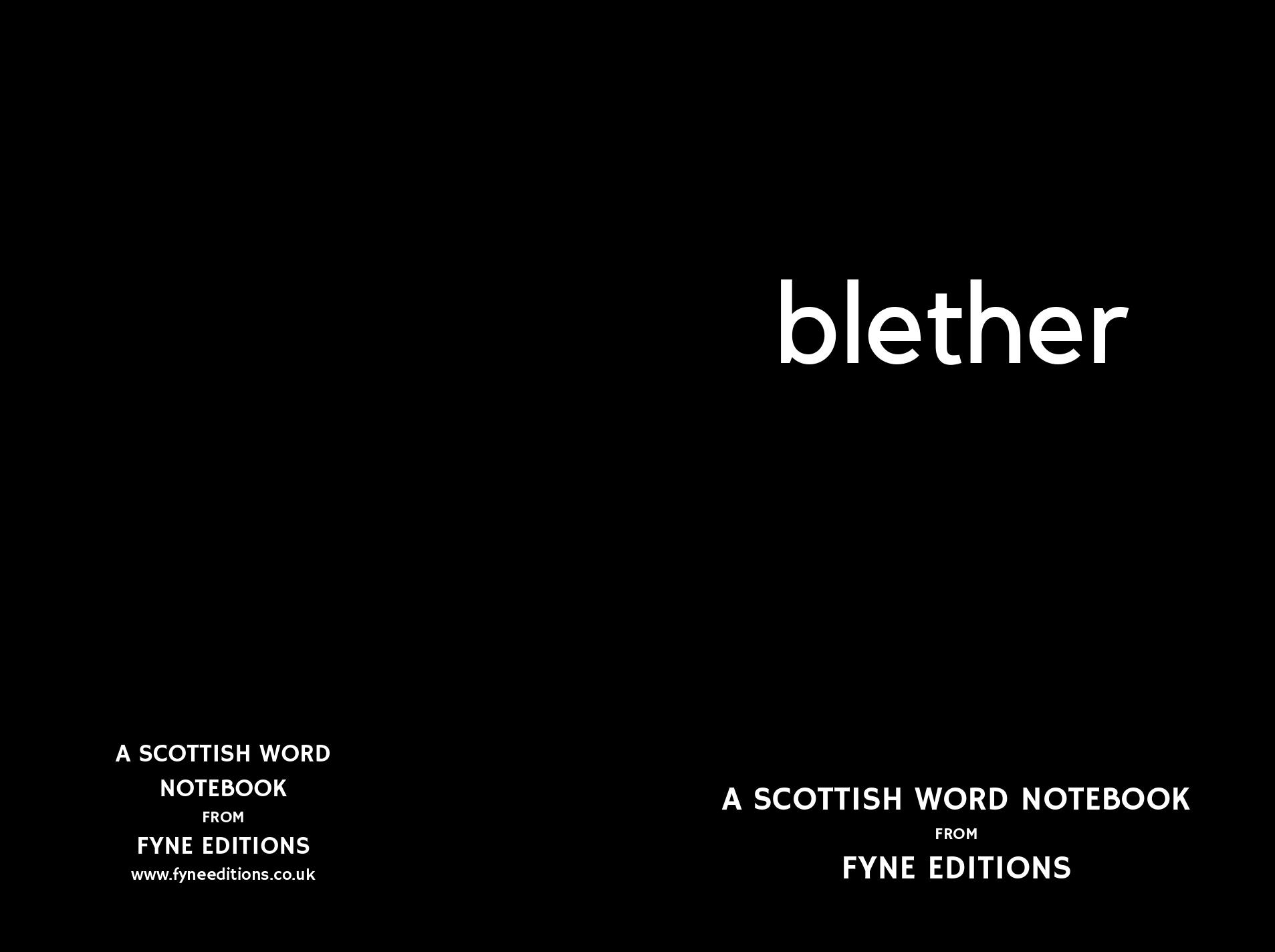 Blether – a Scottish words notebook
If you are not from Scotland you should be aware that Scotland has three languages, English, Scots and Scottish Gaelic along with a diverse range of different regional dialects.

English is spoken by the overwhelming percentage of the population but most people, if not actually speaking Scots, will use Scots words in their everyday conversation and blether is one such word.

Blether can be used to describe someone i.e. “she’s a right blether,” meaning that she talks a lot or chatters incessantly.

It can also be used to describe a conversation i.e. “we sat there for ages having a blether.”

If you tell someone a fact and that person thinks it’s not true they could say in reply, “you’re a blether,” or “you’re blethering.”

However you use it, it is always said in a good humoured way and without malice.

This notebook is the ideal birthday or anniversary gift as well as an inexpensive, fun, Christmas stocking filler for someone you think is a blether, be they a family member or work colleague.

Click HERE to see the other Scottish Words notebooks in this series.

This site uses Akismet to reduce spam. Learn how your comment data is processed.

“As an Amazon Associate I earn from qualifying purchases.”